A couple of months ago, we took a look at the Top 10 Worst Gaming Peripherals. It was a devastating reminder of how much of a riproff being a video game fan can be. However, in correlation with the release of Tony Hawk: Ride, which comes with a full sized skateboard peripheral, we thought we’d exercise our limited abilities of optimism and take a look back at some of gaming’s most successful (and useful) peripherals.

As you might recognize, many standards of gaming today once began as a mere add-on of some prehistoric console, but was so ingenious that the concept was eventually integrated into the industry standard. These are their stories. 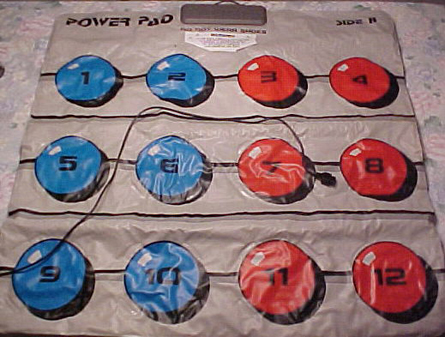 The long lineage of things like the Wii Fit Balance Board and of course, Dance Dance Revolution can be traced way back to the Power Pad in 1986. Games that used the peripheral weren’t all that different from the aforementioned titles; testing coordination, rhythm and memorization, except the Power Pad really didn’t work so well. Just because it was innovative and a precursor to some of the things we take for granted today doesn’t mean it has to work perfectly does it?

It’s just like Christmas: it’s the thought that counts.

Okay, so the RE4 GameCube controller was incredibly bulky and mildly difficult to play with, but I’ll be damned if you tell me that it doesn’t look BA as hell. 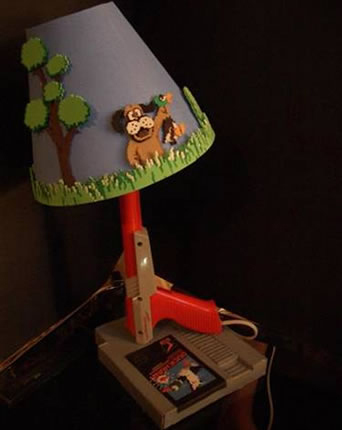 This is the light gun that inspired all other light guns. The Zapper also holds the distinction of being one of the few accessories no one can seem to recall where they got it from. Some think it may have come packaged with their NES, while others think their parents might have picked it up at a garage sale. Either way, anyone that had an NES had a Zapper, likely took the time to play one of CraveOnline’s Top 10 First Person Shooters of all time, Duck Hunt.

Regardless of how you may have acquired it, the Zapper helped fuel the need for violence within the 1980’s youth and improve the marksmanship of 5 year olds across the globe. 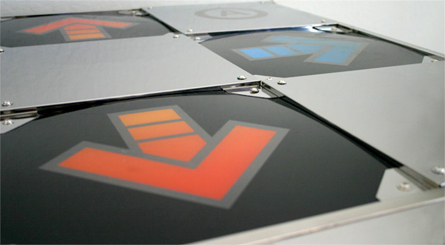 I’ll fill you in on a little secret about myself. At one point in my life, I was a DDR kid. You know the type: the one that hangs out in the arcade on a Friday night chucking quarter after quarter into the DDR machine, commenting on the other player’s sweet moves, and making the n00bs feel unwanted. Granted, I found myself being…somewhat less good at the home console version, and I discovered that the soft DDR pads play like dick.

Enter the RedOctane arcade-quality pad. It was awesome. It retailed for only around $100, and could be thrashed upon like no other pad could. This thing took a beating for a long time, until I realized that time might be better spent learning to actually dance (I’m white) rather than pouncing on arrows all night. 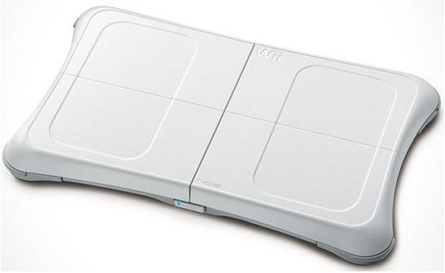 Ushering in the new fad of pseudo-fitness in video games, the Wii Balance Board’s release in 2008 not only created a new hot ticket item for the holidays, but gave a new reason for your mom to play video games with you. Just as they had become relatively bored with Wii Sports Bowling, Nintendo pulls Wii Fit out of a hat and helps them get motivated to get in shape (kind of).

Evil corporate conglomerate EA even released EA Sports Active, a title that sought to legitimize the Wii as a workout machine, shipping with a resistance band and a pouch to hold your Nunchuck in. While its effectiveness is still debatable, numbers don’t lie: it’s currently EA’s best selling Wii title. Though the Wii Balance Board isn’t required to play, the game does support it, and the "fitness" genre wouldn’t have been such a success if Wii Fit and the Balance Board hadn’t taken the world by storm. 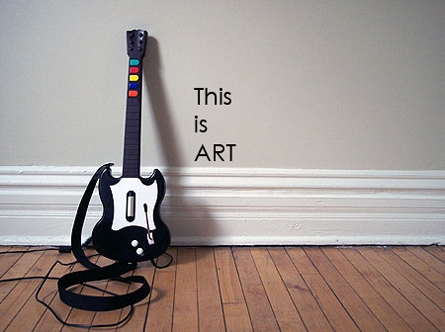 Though Guitar Hero has since devolved into nothingness, the original installments by Harmonix were, quite literally, a revolution in console gaming. As a younger lad I longed for the amazing Guitar Freaks to come to the States with their epic three button guitar peripherals (surprise! Guitar Hero isn’t as original as you thought, hm?) but short of modding my PSone and importing the Japanese edition of the game, I was shit out of luck. That’s why, in 2005, when a low budget game called Guitar Hero was about to hit, with a relatively small marketing campaign, I was ecstatic. Finally! I’d realize my dream of being a rock star in my living room.

Little did I realize that the rest of the US would be jumping on my bandwagon, where I would soon find plastic musical instruments in every f*cking living room across the ‘burbs. As much as I’ve grown to loathe it, the Guitar Hero brand of guitar accessories is what set off the current music game explosion that is sweeping America, even four years later. 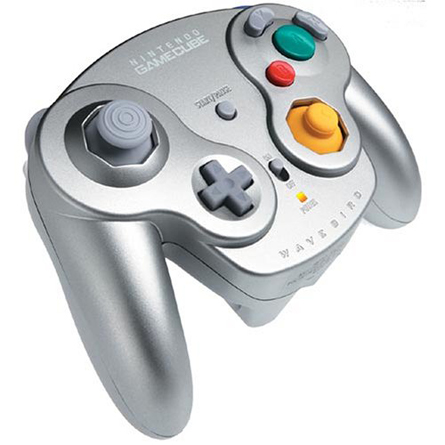 The WaveBird is a prime example of what was once a luxury item in console gaming that has become the industry standard. A wireless controller for the GameCube, the WaveBird has a receiver that plugs into the controller port of the console, and can then be used up to 20 feet away from said receiver. It runs on 2 AA batteries, and while a little bulky and missing the illustrious rumble feature (due to battery life concerns), the WaveBird was the first wireless controller that genuinely worked. Using RF waves instead of infrared technology, the consistency of the controller was flawless and suddenly we were ushered into a new era of gaming.

Only a few years later, the wireless controller became a standard feature of all the current consoles. 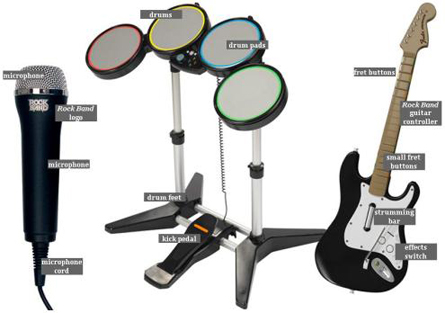 The difference between having Guitar Hero‘s guitar peripheral and Rock Band‘s full band setup as separate entries on this list is simple. Where Guitar Hero took a cool idea and made it available on a mass level via home consoles, Rock Band blew that shit out of the water and made it acceptable for a game to cost $180 dollars, come in a box bigger than a pre-teen, and simulate the rock star experience more fully than ever before. It probably also spawned an innumerable amount of drinking games all on its own.

Rock Band is what set the ship sailing, where it is now not all that surprising to see games like Tony Hawk: Ride and DJ Hero releasing with their own unique peripherals. Even Guitar Hero jumped on board with World Tour, offering the full band experience, before edging off into an entirely separate IP with Band Hero. Where the music-influenced peripherals will go from here is anyone’s guess. 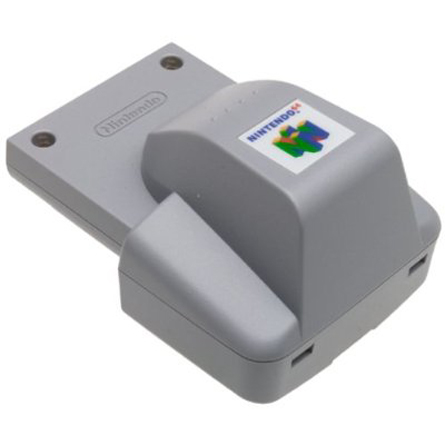 You can leave it up to Nintendo to be the most innovative, always. Motion control, wireless controllers, and of course, the rumble feature. Introduced in 1997 as a pack-in with Star Fox 64, the Rumble Pak was an instant innovation. We all expect the rumble feature nowadays, and gaming feels nearly empty without it. It’s such a stupidly simple idea that really adds to the gaming experience. When the Rumble Pak was released, it led Sony to overhaul their default controller for the second time within in the PlayStation’s lifespan (the first to incorporate the analog stick, another Nintendo innovation), resulting in what we still lovingly know as the Dual Shock controller.

It may seem silly, but adding a little vibro when blasting bitches with an AK goes a long way. 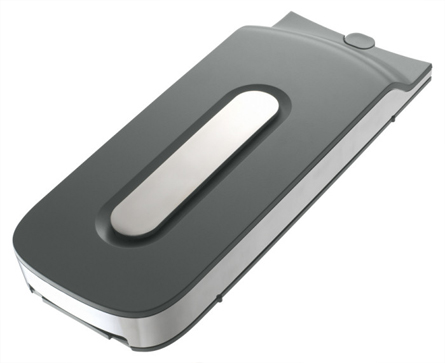 As successful as the Xbox was for Microsoft’s first foray into the console market, the one true innovation it brought forth was its inclusion of a hard drive, previously a complicated peripheral item on earlier systems that involved too many steps to setup. While it may have cut into the accessory profits for some manufacturers, the hard drive is an amazing contribution to console gaming. Yeah, it made the original Xbox a beast of a system, but it eliminated the need to worry about memory card space, not losing the memory cards, accidentally erasing them or damaging them. While it may have been a slight detriment to those that enjoyed sharing game saves and such, that con is far outweighed by the abilities to import and then play games to your own soundtrack selection, download game demos, XBLA/PSN games, and even full games and movies, available direct to drive.

Forget the way you play games, the real innovation here is in the way you can play even more of them, without micromanaging your data.