5 Multiplayer Survival Games That Should Be Made NOW

Despite being a primitive mod for an unspectacular PC game, DayZ has achieved an overwhelming amount of popularity, on account of the fact that it's finally given gamers what they have wanted ever since zombies first shuffled onto the gaming scene: a realistic zombie apocalypse survival game. No quests, no narrative, no limits; just straight-up survival, where the player is faced with fending off the zombie horde whilst simultaneously being pursued by other players, who may be friendly or, as is often the case, may not. Such is the success of DayZ that a full retail release is currently in development, along with a very similar MMO entitled The War Z, which is set for release later this year.

So the excitement surrounding DayZ got me thinking: what would be some other good concepts for multiplayer survival games? Here are five I came up with. As always, leave your own suggestions in the comments section below. 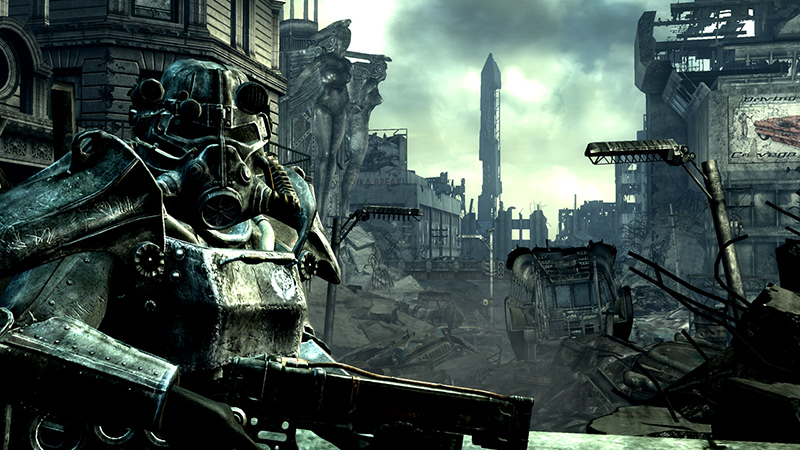 The Concept: You must attempt to rebuild a life for yourself in the wreckage of a post-apocalyptic wasteland, either alongside or against other players who are trying to do the same.

How It Could Be Done: Whereas DayZ has players fighting against zombies, there would be no common threat in Apocalypse Survival – the only evil would be human nature. Taking the form of an MMO, players would be tasked with scavenging for food, water and the equipment necessary to create weaponry, shelter, tools and vehicles. Players could either work alongside one another for the greater good, or go rogue and attempt to rule the wasteland, hoarding all the good equipment for themselves and killing anyone who crosses their path.

Potential Best Bit: After spending many hours creating a base with your friends, you are confronted by a group of bandits, who order you to pack up your belongings and leave otherwise they will open fire. Do you stand and fight and risk losing all of your hard-earned items? Or do you leave and simply hand over the base you've been working so tirelessly on?

The Concept: You've crash-landed on an alien planet, and you and your fellow survivors must fight to survive in the foreign environment… and fend off its animalistic natives.

How It Could Be Done: Space Survival would be all about finding shelter and weaponry to defend yourself against aggressive alien lifeforms. Unlike Apocalypse Survival, teamwork wouldn't be optional in Space Survival – it would be absolutely necessary. As players one by one succumb to their hostile surroundings the game would become increasingly difficult, meaning that players truly benefit from keeping one another alive.

Potential Best Bit: Players would not be able to respawn in Space Survival, meaning that once a player is dead, they cannot simply pick up where they left off and continue to help their friends. As players die the survivors are forced to continue without them, outnumbered, until only one survivor is left.

The Concept: You're a fish/marine mammal, tasked with fending off predators whilst simultaneously hunting those weaker/smaller than you.

How It Could Be Done: Rather than choosing which fish/marine mammal they control, players are randomly generated into the ocean. Each species has its own strengths/weaknesses; for instance, a small fish will be able to access areas larger fish are unable to, and will also be able to survive simply by eating plantation and other easily accessible food. They will also be ignored by the ocean's larger predators, such as sharks, who are the dominant predators of the ocean, and are the most proficient at hunting. However, they will need to hunt larger prey, such as seals and whales, meaning that it will be more difficult for them to get the food that is necessary for their continued survival.

Potential Best Bit: Stealthily stalking an unsuspecting seal as a Great White, the Jaws song playing in your head as you go in for the kill…

The Concept: Defying what Science has taught us, you're a neanderthal in prehistoric times who co-exists with dinosaurs. Chaos ensues.

How It Could Be Done: Players must scavenge for food and tools to create primitive weaponry in order to defend themselves from dinosaurs and hostile neanderthals. Although players would lack the tools necessary to build themselves shelter, there would be plenty of caves in which they could hide, create a fire and cook raw meat in. Players could either choose to hunt solely or form a 'tribe' (clan); forming a tribe will allow the players to create custom tribal markings, which will appear on their player-characters body.

Potential Best Bit: Engaging in a war with a hostile tribe in order to defend your cave, only for the battle to be interrupted by a hungry Tyrannosaurus Rex.

The Concept: You are stranded on a huge desert island, tasked with exploring its mysterious environment for food and equipment to fend off attacks from hostile players and the harsh weather conditions.

How It Could Be Done: Players must attempt to provide shelter for themselves during storms and hurricanes, which happen frequently in the unforgiving environment. To do this, players can either work together, creating primitive weaponry such as bows, arrows, spears and knives, and hunting the island's vast array of wildlife (not all of which will go down without a fight), or players can go it alone, stealing from other players and selfishly keeping all of the good stuff for themselves.

Potential Best Bit: Lost in the huge map, you try and find your way back to camp, only to hear the familiar roar of a tiger… armed with only a spear, you must defend yourself.