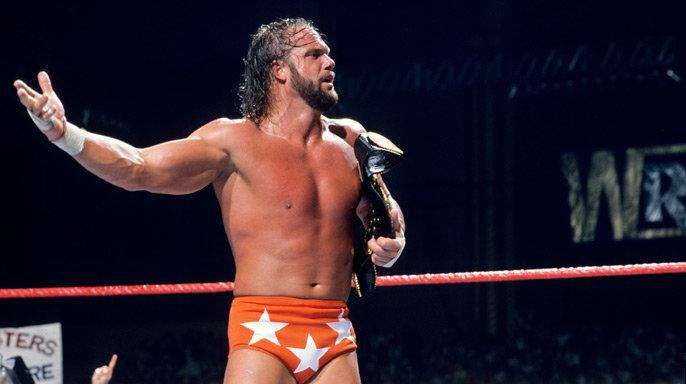 In the spirit of the holidays, I’ve decided to do a flashback PPV series, where I’ll be doing the play by play of the following four PPV’s (Money in the Bank 2011, WrestleMania’s 4 and 31 andRoyal Rumble 1998) as if it was today. Your guys support for these play by play pieces has meant alot to me and the entire WrestleZone crew. Hope you guys and girls have an amazing Christmas and New Year.

– R&B Legend, Gladys Knight performs, America The Beautiful. Gorilla Monsoon and Jesse Ventura are the commentary team for this WrestleMania.

First Match: Bret Hart vs. Jim Neidhart vs. Sam Houston vs. Danny Davis vs. Jim Powers vs. Jumping Jim Brunzell vs. Nikolai Volkoff vs. Boris Zhukov vs. Junkyard Dog vs. Hillbilly Jim vs. Sika vs. B. Brian Blair vs. George The Animal Steele vs. Ron Bass vs. Ken Patera vs. Paul Roma vs. Jacques Rougeau vs. Raymond Rougeau vs. King Harley Race in a 20-Man Over The Top Battle Royal

Bell rings and of course a donnie brooke ensues. Davis rakes the eyes of Houston. The Hart Foundation are double teaming Hillbilly Jim. Davis tosses Houston to the outside. Sam Houston is officially eliminated. JYD, Hillbilly Jim and Blair knocks Sika over the top rope. Sika is officially eliminated. Volkoff tries to eliminate Brunzell, but Brunzell holds onto the bottom rope. Neidhart applies a sleeper hold on Roma. Bret with a flying elbow drop to Raymond. George The Animal Steele eliminates Neidhart from the outside. Zhukov eliminates. Bad News Brown and Jacques eliminates Blair. Meanwhile Jacques proceeds to eliminate Brunzell.