There’s a Twitter war brewing between two teams at their absolute peak. WWE’s Revival and The Kingdom of Ring of Honor are going back and forth on social media because of claims of a stolen gimmick.

As of late, the Revival has been using the hashtag ‘Justice for The Revival,’ because they keep getting robbed seemingly on-screen whenever they’re in a Tag Team Championship match. The Kingdom took exception to this as they have been using the Justice tagline for a little while in Ring of Honor themselves:

Enjoy fighting that totally unique conspiracy that I’m sure you didn’t borrow from anyone. https://t.co/SOgOTo6OSH

This led to an interesting receipt from Scott Dawson about a bit of past friction between him and Taven: 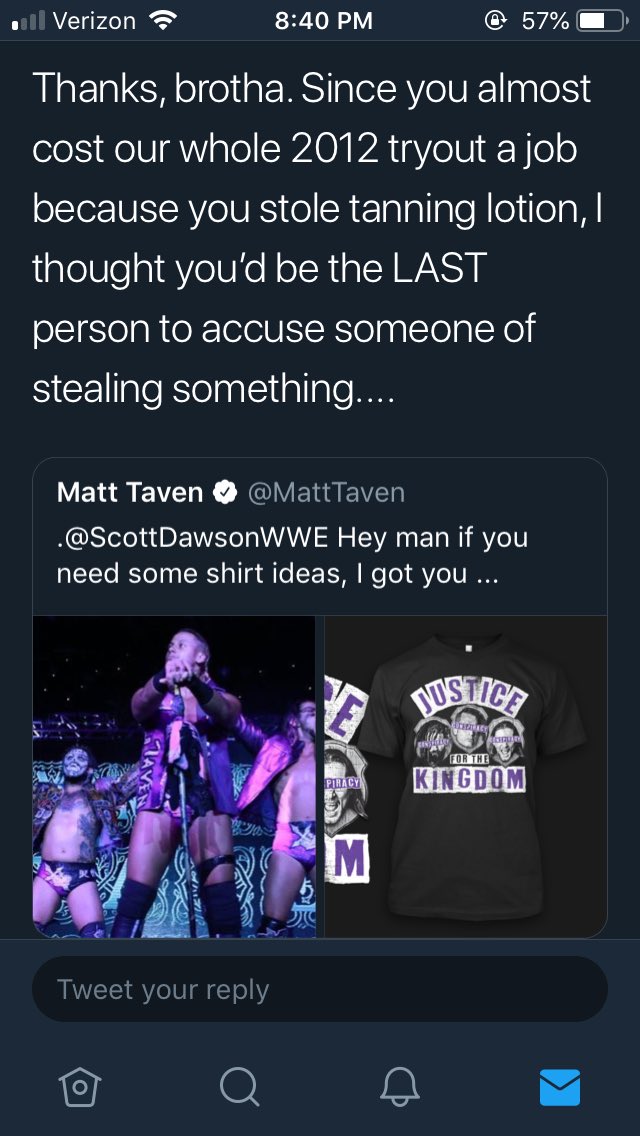 This led to Dash Wilder commenting on the kingdom using the Revival’s Shatter Machine during their tag match last night:

Then, Maria Kanellis injected herself. Maria has a history with The Kingdom as she was a part of the original iteration of the group back in her time in Ring of Honor. She promptly received a response from Dash Wilder:

What do you think of this interesting back-and-forth? Sound off in the comments below.

The Revival & The Kingdom Trade Barbs Over Stolen 'Conspiracy'